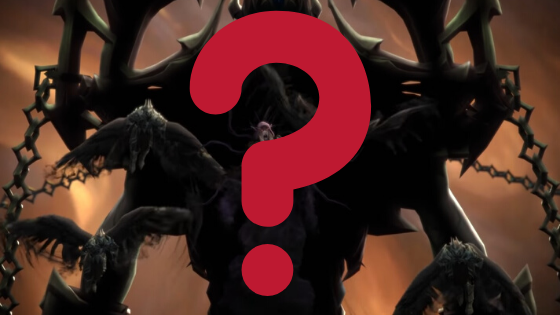 Spoiler Alert: Has The Jailer’s Identity Been Revealed? This post will contain potential spoilers for World of Warcraft Shadowlands. If you don’t want to know what the concept art of the Jailer is, then you might want to avoid this post.

Has The Jailer’s Identity Been revealed? Last week, YouTube personality, Pyromancer, published a video on his channel with concept art of the Jailer. The image was allegedly taken during a tour of Blizzard’s headquarters. This means that someone broke their NDA (non-disclosure agreement) with Blizzard. Pyromancer claims he doesn’t know who took the picture and that he discovered the leak because of Twitter.

The leak sparked controversy within the fandom. Pyromancer and Taliesin are both Youtube personalities and they clashed over the issue on Twitter. When leaks like this occur is it good for the game? That question was the major topic within their arguments. A major concern was whether Blizzard would make it more difficult for content creators to visit their headquarters.

Honestly, I feel as if this controversy is ridiculous. As content creators, we share news and create fun World of Warcraft content. Leaking the Jailer’s face wasn’t a great move. All the drama it caused on Twitter wasn’t worth it though. It’s a lot of negative energy. World of Warcraft should be entertaining but bad choices and petty squabbles can tear the fandom apart.

Do you think leaks are bad for World of Warcraft? Please leave a comment below.

Has The Jailer’s Identity Been Revealed? 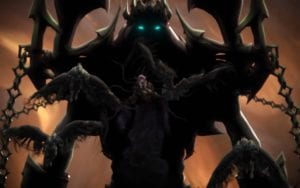 But, this new image leaked by Pyromancer is derailing most of our theories. From the image, the Jailer looks like a Titan. Now, this is interesting as we’ve already learned that the Arbiter predates the Titans. So does this mean that the Jailer is a fallen Titan like Sargeras? Or is the Jailer a sort of Titan construct whose job is to watch over death? Has The Jailer’s Identity Been Revealed?

What if the Jailer is a Titan? Could it be possible that the Pantheon hasn’t told us everything? From what we know about the Titans they’re the ones who created the worlds. The fallen Titan Sargeras created the Burning Legion to destroy everything. We also know that Kiljaeden created the first Lich King. He trapped the Orc Shaman Ner’zhul inside of the Helm of Domination. This act gave Ner’zhul power over the damned. His undead army would only continue to grow especially once  Arthas fused with him.

Check out BestBuy.com Save $10-$200 On Select Gaming Desktops, Laptops And Monitors. 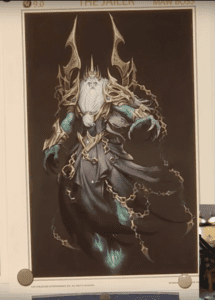 Has The Jailer’s Identity Been Revealed? Is he a Titan? He appears to be an old being, and his chains are a part of this design. So this means the Jailer isn’t trapped in the Shadowlands. The Jailer is working with Sylvanas. We don’t know their ultimate goal but it’s probably not good. What could an ancient being like the Jailer want with us?  Is his goal to spread death across the world? Or maybe his plan involves taking out the Pantheon?

What do you think the Jailer’s goal is? Please leave a comment below.