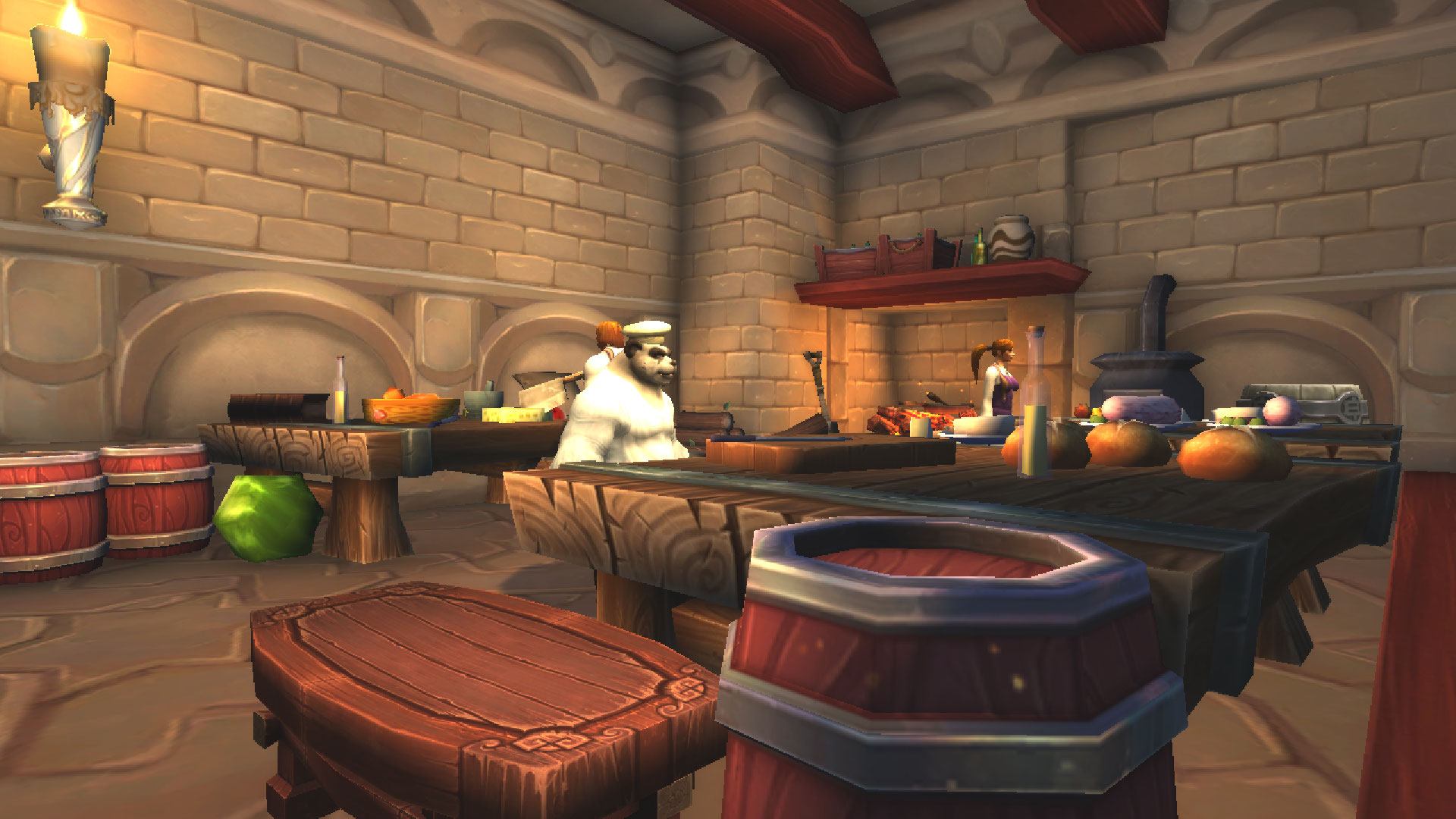 World of Warcraft is a massive game, and the world of Azeroth is host to many fine cuisines. As you level up a character, then you can choose to learn the cooking profession.

There are many awesome meals your adventurer can learn to cook. They’re all unique to the world of Azeroth. The game really captures the feel of being in the wilderness and having to hunt and cook your own meal.

The official cookbook is written by Chelsea Monroe-Cassel. She also wrote A Feast of Ice and Fire: The Official Game of Thrones Companion Cookbook.

Chelsea is great at choosing ingredients which reminds me of the wilds. Not only do the pictures in the book look just like the game, but the food looked just like the book once it was completed. My brothers and I worked together to cook our Azerothian meal, and we had a blast.

The whole process did take longer than I expected, especially because we had to make the wings crispy in the oven.

Buzzard Bites were simple, once you mixed the ground turkey with the ingredients and created the meatballs, then you placed them in the oven to cook. 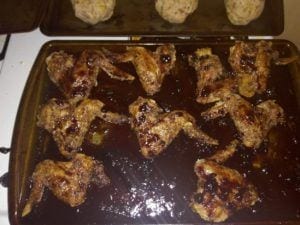 The Crispy Bat Wings weren’t hard to make. We coated the chicken in salt and baking powder mixture, and then we laid them out on a cookie sheet. Afterward, we tossed the chicken wings into the oven and let them cook.

We ran into problems at this point, because the wings didn’t want to brown. So, we had to wait a while for the wings to finish cooking.

When we finally removed the wings from the oven, they weren’t as brown as we wanted, but I made the glaze and coated the top.

Once, the glaze was on the chicken, then I replaced the wings in the oven for a few more minutes.

When we finally sat down to taste the wings, they had a sticky feel. The wings had an outdoorsy and smoky taste, which reminded me of wood and apples.

Overall, the wings weren’t my favorite, but my brothers really enjoyed them. 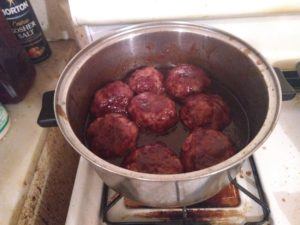 Buzzard Bites are meatballs. These snacks are large. So be aware if you’re full you won’t have room to eat these.

The Buzzard Bites were made with ground turkey. We mixed the ground turkey in a bowl with the ingredients, and then we formed the meatballs.

We placed the meatballs on the tray and let them cook in the oven. Once we removed them from the oven, we coated the meatballs in a ketchup and apple cider vinegar mixture. The mixture gave the Buzzard Bites a sheen.

Now, I was excited to taste the Buzzard Bites, but when I placed them in my mouth, I was disappointed. Ground turkey isn’t my favorite and for me, the taste was too strong in the recipe.

My brothers liked the Buzzard Bites and thought the taste reminded them of a slightly sweet and sour taste because of the sauce. It also tasted like a healthier food option because of the ground turkey.

The Good & the Bad 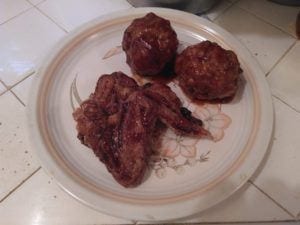 #1: The World of Warcraft Official Cookbook has tips to adapt recipes for different dietary needs.

#2: Instructions are easy to follow.
#3: It’s a fun thing to do with friends.

#1: Some of the ingredients in the spices section must be bought at specialty stores.
#2: Be prepared for the food to taste different than what you’re used to eating.

Who is the World of Warcraft Official Cookbook For?

The World of Warcraft Official Cookbook is for the fans. If you want to do something fun, especially if you’re hanging out with friends, then the product is for you.

My Final Opinion of World of Warcraft Official Cookbook

There are dishes presented by both the Horde and the Alliance. The cookbook also has tips to adapt meals for special dietary needs.

Now you can finally try those fall-off the bone Beer-Basted Boar Ribs, or maybe you can relax with a bowl of Spice Blossom Soup.

The cookbook features a variety of dishes with different skill levels. There are more than one hundred recipes for food and drinks. These include:

World of Warcraft: The Official Cookbook brings life and flavor to the world of Azeroth. Cook your Azerothian feast today.

Thank you for reading my review. Don’t forget to check out the best addons for WoW Classic, and the most interesting zones in Classic WoW.